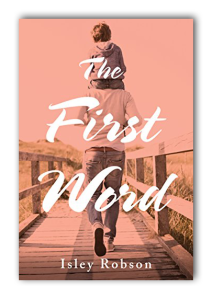 Isley Robson is a word lover who, when not reading, spends her time writing about colorful characters and the people who love them. After earning a degree from the University of Technology Sydney, she moved to the Boston area to continue her studies and eventually took a job in corporate communications. Through it all, she continued writing and has now won a variety of romantic-fiction awards, including the Orange Rose 2015, the Fire and Ice 2015, the Catherine 2014, the Laurie 2014, and Show Me the Spark 2013. Her debut novel, The First Word, is book one in The Visionaries series.

Robson lives in New England with her writer husband, two children, and two dogs. Find her on Twitter @isleyrobson.